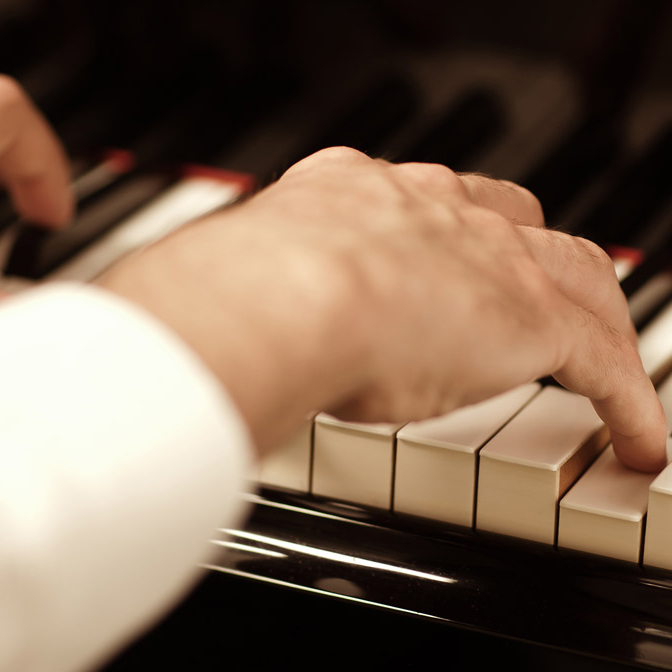 We have held pre-concert talks with performers during Piano Week before, but this year we will also be revealing a little of what happens behind the scenes, with further pre-concert talks between Martin Roscoe and two music professionals, both experts in their fields. He will also be in conversation with the much-loved and acclaimed violinist Tasmin Little, ahead of their concert on Saturday evening, which rounds off this year’s festival. Piano and music enthusiasts alike will want to be sure not to miss what promise to be illuminating and informal chats. All of these talks are free to ticket holders of each relevant event as detailed below.

On the 16th July at 6.30pm, before his own concert, Martin will be “in conversation” with Piano Week’s other Artistic Director, Producer Mike George. Martin and Mike have recorded and broadcast together many times and they will continue this collaboration with six CDs of music by Schubert. If you have read the fascinating sleeve notes of Questions and Answers between Martin and Mike in their Deux-Elles Beethoven cycle CDs, your interest might be piqued as to what the process of making a CD entails. How are decisions made? How long does it take? Get an inside view of how CDs are recorded from these two musicians at the pinnacle of the profession.

Next, on the 18th July at 6.30pm, before Alessandro Taverna’s recital, Martin will be “in conversation” with Marianne Bailey, Piano Tuner and Technician. Marianne has been preparing the pianos for RVIPW for many years. There will be plenty for them to talk about as her work with Yamaha pianos (at festivals, competitions and on tour) and her role as Head Technician at the RNCM gives her a unique perspective on pianists and pianos. What happens on the day of a concert, and what adjustments can be made beyond tuning? How do modern concert grands generate enough volume to compete with the huge sound produced by a symphony orchestra? All this and more will be revealed and we hope you will have some questions of your own, too!

It’s always wonderful to hear Tasmin Little play, but before her recital on the 19th July at 6.45pm, she will also be joining Martin Roscoe “in conversation” in a pre-concert talk which promises to give us a fascinating insight to the life of one of Britain’s most popular violin players. Her recent CDs have received universal critical acclaim – her recording of The Lark Ascending with the BBC Philharmonic remained in the top 20 classical CD charts for 13 weeks. Before she and Martin play this much-loved Vaughan Williams piece for us in a version for piano and violin, join us for some glimpses into the working lives of two of the most busy and well respected musicians around.

These events, held in July 2014 have now past. Please see our “Events” page for future events.