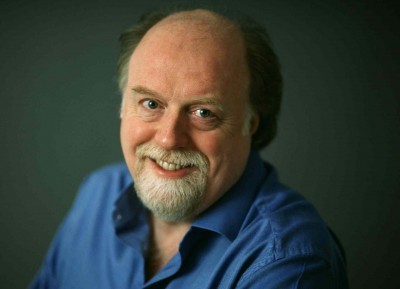 You’ve played for us many times during our 30 year history, in several different venues as RVIPW has evolved.

Can you tell us how you first became involved with the festival?

A direct connection with Blackburn was formed when Martin Roscoe and I formed a two piano partnership whilst we were students in Manchester. That was in 1974 and it is still going strong, and only hampered by the immense cost to venues of hiring Two Pianos. Martin and I became very close friends, which extended way beyond two piano rehearsals, and included much involvement with the Blackburn music scene, which was very active at that time. I was regularly timpanist with the local orchestra (Blackburn Sinfonia), playing in that role sometimes when Martin was soloist…. and also as soloist myself. When what was then known as the Blackburn Piano Week, I was also naturally involved with that. It later evolved into the Ribble Valley Piano Week, and the relationship continued.

You’ve played solo recitals and duo recitals for us with your old friend and colleague, Martin Roscoe. Is there a particular concert which stands out from the others as being a favourite?

You play in so many countries at such disparate venues, from International Concert halls with audiences of thousands to smaller, intimate theatres like ours. Can you tell us a bit about how these experiences vary?

Similar answer to Q 2, except to add that the number of people in an audience only makes a difference on an objective basis – the larger the audience in relation to the capacity of a hall, the more successful the concert has been. From the point of view of how one plays to or feels in front of different sized audiences, or in different sized halls, there is very little difference. One plays as well as possible for all audiences, projects and communicates in the same way, and feels as nervous in front of a private audience of 70 as in the Hollywood Bowl, where the capacity is 17,500.

Festivals, music society series, choral societies, local orchestras and opera companies, brass bands – the list goes on – are what comprise a musical culture. There is a general idea that the larger the venue, the more the media exposure, the more celebrity oriented, and the more fashionable a ‘cultural’ event is, the more cultured are those who are interested. I believe the opposite is true; community pride, a level of awareness amongst local people, and a genuine interest and knowledge in music, or any other art form, as opposed to a response to fame and hype, is real ‘culture’.

I treat the process of selecting repertoire in the same way, whichever event it is; current recital repertoire, mixed sometimes with new works to me, and often also with really established works I have known for decades is the only way to maintain and at the same time refresh the music I play. It is tempered only by a particular request from promoters, if it is possible to accommodate it, and of course whether or not the same works appear in the series that is engaging me.

Program planning is oneself an art form, and very challenging. I think about it a lot; rather than selecting a series of works I would like to play, or that the promoters would like to hear, and bundling them together, I like to have a theme that links all the works of a programme together. That theme can vary from juxtaposing composers who influenced each other, or who were opposed to each other, or whose works relate to an external influence such as poet an artist or a place, or sometimes a whole concert can be made of works by the same composer. There are many ways to do it, but to have one is very important to me.

Depends entirely on the content of the programme. I usually try to plan so that each concert requires as short a time to prepare after the previous one by linking programmes. It is often impossible to succeed in that, in which case the amount of time increases exponentially.

No more exciting than the past forty years have been. Much of my programming has to revolve around recording projects to some degree. My most recent ones have revolved around major Twentieth Century Russian composers – the complete cycle of Prokofiev sonatas for example. This was followed by an almost complete set of the solo music of Shostakovich, and then the sonatas of Scriabin. The time has come to move away from the Russians for a while, and my next recording project will be very different indeed. However, I am not in a position to reveal it yet…