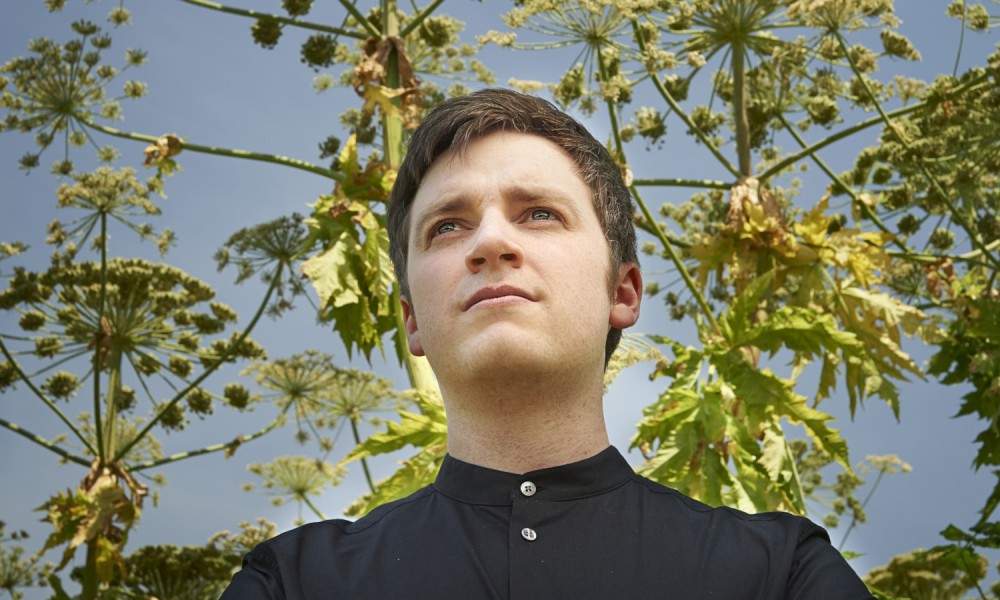 How important is it to you to be invited to play at festivals like RVIPW?

Extremely important. I love practising, but without concerts it would be just a hobby!

I think we’re really lucky in the UK to have such a thriving scene of festivals like RVIPW and local music clubs. They’re often run by musicians, out of a passion to build and connect with a local audience, and I think the people who go sense and appreciate this. In terms of the concerts themselves, there’s absolutely no reason you can’t experience world-class music-making outside of the major cities – often the performers will be repeating programmes they’re playing in big halls anyway, and this way you get to experience it more up close and personal.

I spend a lot of time thinking about programming, trying to find something that meets the practical requirements (the right length, a balance of styles etc.), and that also makes sense as a whole and reflects my interests as a musician. There’s always a dialogue with the promoter too – a programme might be accepted straight away, or there might be tweaks required. Occasionally a promoter will suggest something specific, and I’ve taken on rewarding challenges as a result of this in the past – for example last year one promoter asked me if I’d perform Beethoven’s Diabelli Variations, and actually it turned out to be an inspired idea and a piece I loved working on. I probably wouldn’t have tackled it otherwise, for fear promoters wouldn’t want to programme it.

How do small, intimate venues like ours compare with larger venues you ‘ve played in?

I love intimate venues for concerts, providing the piano is suited to the space (i.e. not too loud, so you don’t have to hold back). There’s just that bit more chance of developing the feeling of the audience being really engaged and ‘with you’ in a setting like that. Of course a lot of the music we play was conceived with this kind of environment in mind anyway. I had an experience playing the Schubert D899 A flat Impromptu recently in a small hall (a room, really), with the audience very close and attentive. I’d played the piece quite a lot before, but somehow on that day it suddenly made sense in a way it never quite had before (and that I’d never realised it hadn’t, in fact). It was quite overwhelming actually, and I needed to go collect myself afterwards! In bigger spaces you have to try find the same sense, but it takes more work. Last month I toured in China for the first time, and the theatres were often like opera houses, with huge stages and about 1000 people in the audience. Sitting alone under the spotlight there, being able to see nothing of the audience (though very clearly hear them… audiences in China can be quite lively…) feels like the very antithesis of ‘intimacy’. My wife came with me on that tour, and often I would imagine I was playing only to her. Perhaps she was the only one listening anyway! On a serious note though, one of the really distinctive things about audiences in China was how many young people were there – if only we had more of that in the UK too.

Are festivals like RVIPW important for the development of young performers?

Certainly. It was a huge endorsement for me to be invited to play at RVIPW. This kind of thing is seen by other promoters and helps get your name around.

You have a great rapport with audiences, and seem genuinely to enjoy meeting the people who come to hear you play. How important is this aspect of your work as a musician?

Yes I do like meeting audience members at a concert, and it’s particularly in a setting like RVIPW that this is possible. As a performer it’s easy to lose sight of why people go to concerts – to enjoy music, be stimulated, and to share an experience with other human beings – but speaking to them (before, after, even during) instantly brings this back into focus. I often introduce pieces I play, and have always enjoyed this too. I’ve recently been contributing to an iPad app called Tido Music, through which Edition Peters have been releasing tutorial videos to go with their scores – this is proving to be a great outlet for sharing ideas about music and piano playing, and seems to be reaching a wide audience of piano enthusiasts, which I’m very happy about.

Is there a particular memory of RVIPW which stands out?

I remember going to hear Martin play, back when the festival was at Stonyhurst College and I was a teenager! I’m fairly sure it was Mussorgsky’s Pictures at an Exhibition (Martin will let me know if that’s wrong I’m sure!) – anyway, little did I know I would end up learning so much from him while studying at Guildhall years later. Also, my concert there in 2010 was the last time my mum’s mum (who gave me my very first lessons) was around to hear me play. I was listening to the recording of the Schumann Arabeske from that concert the other day, and recognised her cough faintly from the audience near the end – so that is something quite special to me.

Lots going on in May! I have a solo recital in Saffron Hall, and am playing a selection of the Goldberg Variations in Bath Festival as part of an event around Madeleine Thien’s novel Do Not Say We Have Nothing. I also have recitals with violinists Savitri Grier and Callum Smart, and am recording for the BBC New Generation Artists scheme with trombonist Peter Moore (listen out for that on Radio 3). This summer I’m playing in China again, as well as Columbia, France and Austria – so lots more travel on the horizon too!