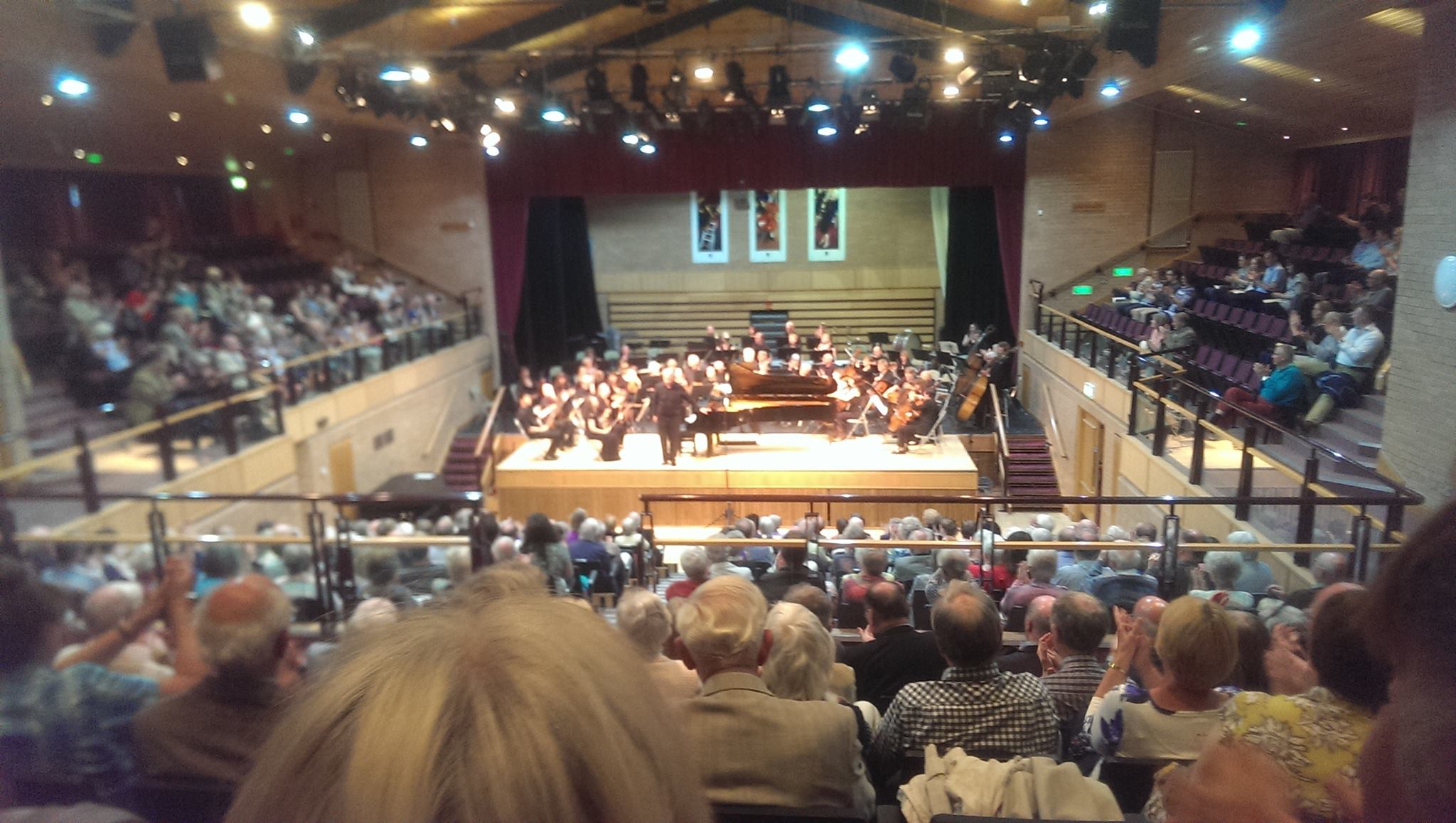 Audience Member, Anne Stott, shares her impressions of RVIPW and why she decided to make a 180 mile round trip to visit us!

How long have you been coming to RVIPW?
This is my second season and I have attended two recitals; the first was Peter Donohoe giving the closing recital in 2016 and the second Martin Roscoe giving this year’s launch recital.
How did you first hear about us?
Probably via Facebook.
Do you have far to travel?
Yes, I live near Carlisle and Blackburn is about a 180 mile round trip.
As you’re a relative newcomer to RVIPW, what made you decide to come?
I think this is best explained in terms of a bit of background.  My usual venue is the local recital club, recently rebranded music society. I have a subscription, and it offers a series of six recitals from September to March. It’s generally small scale in terms of numbers of performers, soloist up to quintet, but that suits me fine. The piano has long been my favourite instrument and my preference is for not big In terms of both number of performers and size of venue. I go for various reasons. I love music, especially the piano, I generally like what’s on offer there and I think it’s very important that I support the society and the performers, most of whom are quite young. I go sometimes to similar recitals in Penrith and less often to Keswick. In 2012 and 2015 I ventured to Leeds for some early rounds of the piano competition, mainly because I expected I would hear some very talented young pianists and wasn’t too concerned about what they played. In the spring of 2016 I came across both the Queen Elisabeth Piano Competition in Brussels and the RVIPW, both at much the same time via Facebook, as far as I remember. Live streaming from Brussels gave me further opportunity to listen to stunningly talented musicians play a very broad range of music; a lot I’d heard before but there was at least one specially commissioned new work and that was very interesting and reminded me always to try and keep an open mind. I’ve no strong views either way about music competitions, I’m just happy to go with the opportunity to hear new and different pianists.
Blackburn is neither Leeds nor Brussels, obviously, but I decided I’d give it a go. I was fortunate to hear Peter Donohoe as a rather young man in Penrith in 1983 and RVIPW was a good opportunity to hear him again. For reasons for which I have simply no explanation, it’s only recently that I’ve become even vaguely familiar with Artistic Director Martin Roscoe’s work.
What do you think of our current venue? How have you found the people at RVIPW?
I like the Croston Theatre, I like it a lot, especially as I prefer not big. But even though it’s not big it feels light and spacious. It is also very straightforward to get to from the M6. The people there have been very welcoming, which for me means relaxed, relatively informal and friendly. I decided on my first visit that as a venue the boxes were definitely ticked and it was very well organised.
Can you recommend other things to do in the area?
As it’s not really practical for me to drive home after an evening concert, the twice I’ve been (with my husband) we’ve stayed locally a couple of nights and done a bit of tourism stuff. Last year Salmsbury Hall was interesting, as was a trip to Clitheroe. This year we visited the Roman Museum at Ribchester and the very nearby Brockholes Nature Reserve for an amble round plus birdwatching, lunch and a walk along the adjoining River Ribble.
What do you think of the quality of the concerts provided during the week?
I’m not sure how to answer this. The two recitals I’ve attended have included a sonata by Scriabin and a short piece by Dohnanyi, composers I’ve known little if anything about and this has led me to listen to other works by them, usually accompanied by thoughts of “I wish I’d come across this earlier”. I’ve also heard some pieces by Schumann (Waldszenen) that I’d not known and which I thought were beautiful.
How many concerts do you hope to attend?
I plan maybe two or three days, maybe three or four recitals but haven’t decided which yet. Clearly there’s the practical consideration of travel and probably accommodation.
What are you looking forward to in particular?
That’s very difficult to answer. I think Cesar Franck’s violin sonata is fabulous and I’ve never heard it live, I don’t know much Albeniz but I’d like to hear more. But if I was really pinned down, it would be Martin Roscoe and Schubert D960.  Generally, I’d welcome the opportunity to go to any of the recitals and I’ll be looking for a combination of the familiar and the new performed by either established or not so established musicians. I expect to come away with renewed enthusiasm for and fresh insights into the familiar and the impetus to research the new. I’d be very surprised if I was disappointed.
Anne Stott,  Near Carlisle