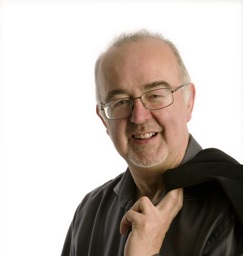 January is a busy month behind the scenes, and 2017 began with a vibrant and exciting planning meeting.  We are very pleased to have a new Administrator, Rebecca Weaver, and several new trustees too, so there was a lot of ground to cover, and lots to organise, press releases to finalise for both the launch concert on 3rd May and for the main festival, and publicity ideas to establish, this regular series of newsletters and updates being one of them.

In celebration of our 30th anniversary, here is the first in our series of reflections on the festival and to start us off we will be hearing from our Artistic Director, Martin Roscoe and our Chairman Ian Longworth. 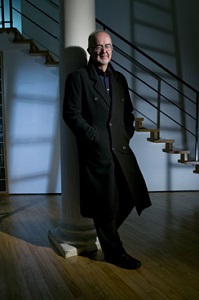 The first RVIPW was held 30 years ago this summer, How did you get involved? Were you there at the very first festival?

Joan Hall ( my first wife….) set up the first festival at Blackburn College. I played a recital in that, including in the programme one of my first performances of Schubert’s final Sonata ( D.960 in B flat ). I also attended John Lill’s recital on the final night.

How important do you think small intimate music events such as this are, to you as Artistic Director, for musicians and for our audiences?

Hugely important . You just can’t beat a live performance and I think our audience recognises this.

You have played many times for us over the years. Is there a particular concert which stands out from the others as being a favourite?

A difficult question as I’ve played well over fifty . I’ve particularly enjoyed some of the two piano recitals I’ve played, most often with Peter Donohoe, our President, but also those with Kathy Stott, Noriko Ogawa , Anthony Hewitt and Ashley Wass. With Ashley I played the Liszt transcription of Beethoven’s 9th Symphony which received a standing ovation…

You must have many memories spanning back over the last 30 years – can you tell us some of your personal highlights?

The one totally unforgettable recital was that given by Alicia de Larrocha in 1993 . The best Schumann Fantasy I’ve heard . Amazing energy from  a tiny woman of 70. Other outstanding performances for me have been from Jean-Efflam Bavouzet, Lars Vogt, Lukas Vondracek, Jin Ju, Yurie Miura and Ronald Brautigam. I didn’t attend every concert though !

What are your hopes for the future of RVIPW?

Well I hope to carry on a few more years but then I’m hoping someone else will take it over ! We have a new administrator and some new trustees so I sense there’s new life in RVIPW !
************* 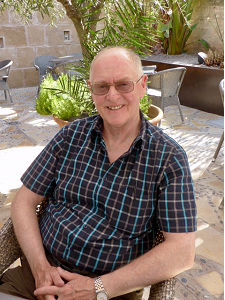 Our Chairman works hard organising the festival all year round, he shares some thoughts on his time with RVIPW here.

How long have you been involved with RVIPW?

I have been on the committee for 15 years and became Chair in 2003 in succession to Derek Adams. Prior to that Helen and I had helped with hospitality and, as a friend of Martin’s and frequent attender of PW events Martin roped me into the organisation.

What duties do you perform?

The role of Chair. It has developed during my tenure and includes liaising with the administrator, artistic directors, artists, venue and all other committee members, finalising accounts for the treasurer, dealing with legal requirements of the Charity Commission including filing annual returns, coordinating travel transport and other logistics during the festival etc etc – how long have you got?

What does RVIPW mean to you?

The event gives us the opportunity to present some of the very best international artists to our local audiences in an intimate and friendly setting, something which they would not be able to experience otherwise.

As for memories – here are some.

Hosting Artur Pizzaro in 1991 when our daughter Naomi (then aged nearly 7) named her goldfish “Artur” – a far more prestigious award than winning the Leeds the previous year.

Hosting blind pianist Bernard D’Ascoli who was charming but giving him a hot casserole for dinner when he had to feel the food may have been a mistake.

Coping with the individual eating requirements of the artists who have stayed including one who wanted scrambled eggs at midnight.

The successful search for a stool 17 inches high for one performer – found in the kindergarten.

The nurturing of young performers who have now made a big impact internationally eg Ben Grosvenor (2007), Alex Dariescu (2010 for the 1st time) and Lukas Vondracek (2001).

Hosting the charming Ronald Brautigam who even offered to cook for us.

Admiring the rapport between Martin and the other chamber musicians with whom he has performed including in particular Tasmin Little who is returning this year.

What are your hopes for the future of RVIPW?

My hopes for the future is that our festival will grow and prosper and that we can attract greater audience members particularly from the under 60 age group!

As well as the usual high quality concerts and events, for the first time this summer we will be offering the rare opportunity for anyone who would like to, to come and play the YAMAHA CFX concert grand on the stage. These will be pre-booked, timed slots and are an amazing chance to experience the same piano used for all our concerts. We anticipate a lot of interest from students and amateur pianists in the area who may never have had the chance to play a 9 foot concert grand before. Watch our website for details coming soon, www.rvipw.org.uk and get practising!